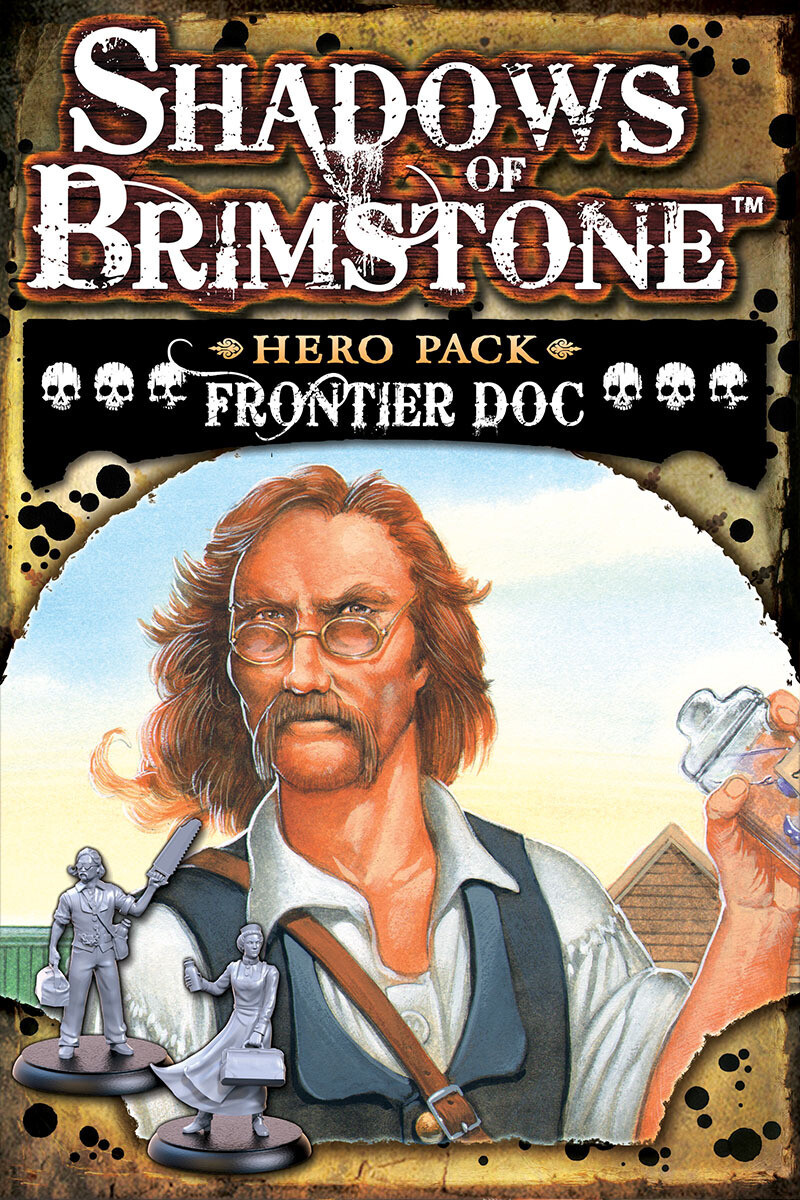 A staple of every Old West frontier town, the rough and rugged Frontier Doc has been around and seen things most people wouldn’t believe. Though academic by nature, these crafty and resourceful medical men use their wits and experience to learn the weakness of their enemies, and then cut them to pieces in a fight. While keeping a steady hand and cool head under pressure, a Doc is an expert at bandaging up wounded comrades and cutting off unwanted growths... wherever they may sprout.

The Frontier Doc is a strong support character with the ability and resources to keep the Hero Posse in tip-top shape when it comes to Wounds, Injuries, and Mutations. Starting with the Doc’s Bag, the Frontier Doc is never short on Bandages, and even gains a fantastic bonus when using them. His Field Surgery ability also allows for some much needed Injury/Mutation relief, without the need to find a Doc in Town or worry about it being botched! Of course the Frontier Doc is also no slouch when it comes to battle. Though he doesn’t start with any weapons by default (just using his basic Combat to Attack), he can become a powerful hand-to-hand fighter, and retains the ability to use Ranged Weapons as needed.